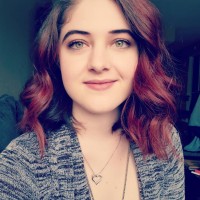 Youâ€™ve probably heard about the new generation consoles headed our way. You may even ask yourself â€œshould I buy a PS5 or Xbox Series X?â€� Whether youâ€™re excited for the PS5 or the Xbox Series X, you may want to temper that excitement a little.

If gaming history has taught us anything itâ€™s this: buying a console at launch is almost always a terrible idea. Thatâ€™s not to say that youâ€™ll regret buying a console at launch or that you shouldnâ€™t spend your cash on a beautiful new gaming machine. In fact, Iâ€™m most definitely getting a PS5 at launch because Iâ€™m impatient but also just really excited to play next-gen games.

Sadly, however, console launches are usually pretty bad for a few different reasons.

Also read: Playstation 5 and Xbox Series X: What we know about each, and how they compare

PlayStation 5 and Xbox Series X launch games are almost guaranteed to look awesome thanks to the latest bleeding-edge hardware, but historically launch games donâ€™t hold up in hindsight. With the exception of rarities â€” Legend of Zelda: Breath of the Wild for Nintendo Switch and the original Halo for Xbox being two notable examples â€” launch games usually just arenâ€™t that great.

If you look back at the PS4 launch line-up, youâ€™ll see some underwhelming exclusives like Killzone: Shadow Fall and Knack, as well as a bunch of under-optimized cross-gen ports.

Itâ€™s the same story with the Xbox One launch line-up. There were some fairly decent contenders, like Forza Motorsport 5 and the forgettable, but technically proficient Ryse: Son of Rome. Are these the games that the console will be remembered for? No. Most of the best Xbox One games came later, and the same is true for Sonyâ€™s hit console.

See also: The best PS4 games you can buy: From Bloodborne to Uncharted 4

If youâ€™re buying a console at launch, chances are youâ€™re not buying it for a specific launch game. You probably just canâ€™t wait to try out the latest console (like me) or youâ€™re excited for all the games coming in the future. If your reasoning is the latter, why not just wait until that game comes out and the next-gen console potentially drops in price?

Plus, it never fails that release dates get extended and weâ€™re stuck with no new games to play for a few months after the initial console launch. Remember Watch Dogs and Driveclub getting delayed past the launch of the PS4? Or how about Below for Xbox One that was announced in 2013, which was delayed, and then indefinitely delayed in 2016, before eventually being released in 2018?

So far, the Xbox Series X and PS5 launch line-ups arenâ€™t looking all that inspiring either. Epic Gamesâ€™s mega-hit Fortnite is confirmed for both PS5 and Xbox Series X, but almost everything else is up in the air. Spider-Man: Miles Morales and Astroâ€™s Playroom are expected launch titles for the PS5, but Microsoftâ€™s biggest hitter â€” Halo Infinite â€” has now been delayed until 2021.

If there arenâ€™t many next-gen games at launch that are screaming your name, why not just wait until the price drops and the hardware improves via an updated model? Speaking ofâ€¦

Sony and Microsoft have made major upgrades to their consolesâ€™ internal hardware for the next-gen systems. Yet, while theyâ€™ve tested this hardware behind closed doors, itâ€™s a lot different when consumers get their hands on them.

When you buy a console at launch, youâ€™re essentially getting the console in its beta phase. Itâ€™s bound to have some issues. If we look at past consoles, the Xbox 360 had the Red Ring of Death, the PS3 had the Yellow Light of Death, and the Switch struggled â€” and is still struggling â€” with Joy-Con drift. Of course, you canâ€™t be sure what issues will pop up until the console is out. However, chances are high that something will be tweaked in minor console revisions to add small improvements or fix hardware problems.

Related: The best PS4 deals and bundles to get

Rest assured, if itâ€™s still in warranty, Sony and Microsoft both will likely fix whatever issue pops up. However, if something happens to your brand new console outside of the warranty period, you might not have much luck getting the problem fixed. At least not without spending some extra money.

If you want to avoid all of that, you might want to wait a few years until the kinks have been worked out through minor console revisions. Plus, if you wait, you may even be able to get an entirely new model of the console with upgraded hardware at a better price.

For example, if you waited three years after the initial PS4 release, you would have been able to purchase the PS4 Pro for the same amount of money. This means you would have walked away with hardware that enabled 4K rendering, namely an improved GPU with 4.2 teraflops of processing power. It was a similar situation between Xbox One and the Xbox One X too. For the same price, you could have an upgraded CPU and GPU that enabled 4K rendering and had a 4K Blu-ray player.

Of course, if you decide to buy a new console at launch, you can likely trade it in when a better model inevitably releases, but youâ€™ll still lose money.

While we still donâ€™t know the price of either the PS5 or Xbox Series X, if youâ€™re willing to wait, youâ€™ll likely get a better deal further down the road.

The positives of buying a console at launch Though there might be more negatives than positives, there are still some good things about buying a console at launch.

Not to mention, thereâ€™s a global pandemic going on right now. Who doesnâ€™t need a little bit of retail therapy or awesome new games to distract themselves?

It’s been seven long years since the PS4 and Xbox One first launched. It may be hard to fight urge to upgrade.

The other main attraction is being able to experience new games on brand new, upgraded hardware. Most of the time, thereâ€™s a five-year gap between console releases. Itâ€™s been seven years since the PS4 and Xbox One originally released and they are really beginning to show their age, especially if you have the original models.

With the PS5 and Xbox Series X, youâ€™ll see advancements like ray tracing, minimal to no loading screen times, controllers with fancy new tech, and much more. Youâ€™ll also get to experience a lot of these hardware boosts with previously released games thanks to backward compatibility. Sony has guaranteed that the majority of PS4 games will be playable on the PS5 with some enhancements, while Xbox players will get to play games from across every generation of Xbox hardware.

Microsoftâ€™s console is taking things a step further too with Smart Delivery, which will ensure you get to play the most updated, best possible version of a game you own across console generations. Plus Xbox also has Game Pass, so you can have tons of games available to play at launch starting at only $9.99 a month.

With all of the enhancements that both Sony and Microsoft are offering to players who already own their previous-gen games, it honestly might not even matter how many new games are released at launch. There are already going to be a ton of fantastic games to get lost in all over again with improved visuals, faster loading times, and higher resolutions.

The negatives could potentially win out over the positives. At the end of the day, it really just depends on each individual consumerâ€™s wants and needs. Should you buy or should you wait? Itâ€™s entirely up to you.

Will you be buying a PS5 or Xbox Series X at launch? Let us know in the poll below.